You’ve just found the perfect site for your new company headquarters. It’s near a busy intersection, it’s supplemented by heavy foot traffic, and you have enough space to build the building you want.

But then you attend your first meeting with the planning department to talk about your proposed project - they mention off-site improvements, everything from sidewalks to utilities to access roads, and it all begins to sound more expensive than you bargained for. And while the work may be necessary to the success of a project from the municipality’s standpoint, the cost and time incurred may be prohibitive for you.

The situation described is a common setback experienced during the real estate development process and can significantly impact the feasibility of a project.

Let’s define off-site improvements and discuss some of the common conditions that pop up during developments, to help prepare you for your next project.

What are off-site improvements in real estate development?

And these changes to existing infrastructure systems may invite negative externalities for residents and adjacent property owners. The solution to mitigate these potential negative consequences is through what are known as off-site improvements.

If you're inexperienced or are unfamiliar with the types of off-site improvements common during developments, your civil engineer is a good resource.

Their expertise in planning and designing projects, and relationships with key governmental approval authorities can help you budget for improvements before they become a problem.

There are several types of common off-site improvements that frequently pop up during real estate development projects:

It’s important to assess the proximity of public utilities to a property during the site selection & land acquisition process. Access to water, sewer, gas, electricity, and fiber are generally all important to the success of a development. And if utilities are needed but not readily accessible, they'll need to be pulled from off-site. Extending public water and sewer lines can be expensive, especially over long linear distances.

Sometimes, utilities exist near the property but are located in areas where driveway access was planned to the site. Relocating these utilities, including utility vaults and power lines, can be expensive and often requires working with utility providers, which will add time and coordination to a project.

Every municipality has a set of standards that dictate how pedestrian sidewalk space needs to be allocated and improved, along with curb and gutter requirements. However, off-site improvements to sidewalks can add substantial costs depending on the amount of road frontage and the type of proposed development.

Many real estate developments will require a traffic impact analysis (traffic study) to determine a project’s potential impact on existing roadways and traffic.

Higher density traffic projects may require acceleration and deceleration lanes to help with traffic congestion and to help avoid accidents. Other times, a project may be issued a restricted access permit (i.e., right in, right out), which would minimize off-site improvement costs.

In already densely developed areas, a municipality may instead charge a fee in lieu of making improvements. In that case, a developer would pay the city instead of actually improving the right-of-way.

Leverage the expertise of an experienced developer and real estate consultant

Off-site improvements are often unavoidable, and they can be unpredictable – a municipality's requirements may blindside even the most seasoned developers and engineers. And those unexpected expenses turn into hard and soft construction costs that can blow up a development budget.

But experience helps. And experience navigating a variety of different kinds of projects, in various municipalities, under different conditions offers the benefit of already having learned those expensive mistakes. What is a Site Plan? 10 Characteristics of a Good Site Plan to Set Your Next Development Up for Success

You can’t design a building until you know what the land can support. And you can’t determine what... 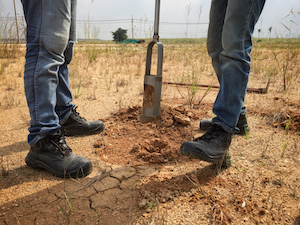 When I think about the property acquisition or real estate development process, I generally break...