Stagflation and the Coming Dollar Crash - Is Commercial Real Estate a Wealth Preserver?

With the government’s printing presses churning at max capacity, the Federal Reserve (Fed) is working overtime to buy up treasuries quicker than they can be issued, stoking fears of inflation in the market. The Federal Reserve’s balance sheet has ballooned to over $7 trillion as of June 1, and with no plan to divest assets, economists are concerned about financial volatility. The economy's M2, which measures the money supply of liquid and "near money" investments principally held by households, has spiked by over $2.5 trillion since February. Significant fluctuations in M2 are an indicator that typically incites future periods of inflation or deflation.

History is ripe with examples of hyperinflation across the past few centuries. Under the Weimar Republic, people burned money because it was cheaper than firewood. In 2008, Zimbabwe experienced a period of nearly 500 billion percent inflation; trillionaires could hardly afford a loaf of bread. These situations are often a slippery slope. What starts as a well-intentioned stimulus quickly devolves into a self-fulfilling prophecy. The fear of cutting off the market’s cravings for more cash becomes so pervasive that the only solution is to continue printing more money.

At the same time, a perfect storm is brewing in another corner of the economy, the looming U.S. dollar crash.

Investors seeking stability have often turned to the U.S. dollar as a haven, but despite maintaining its status as the world’s reserve currency, confidence in the dollar is waning. For decades U.S. consumers have had little incentive to save, largely a result of central bank-controlled interest rate manipulation. The 1Q of 2020 saw net savings fall to 1.4% of national income, representing one-fifth of the average of 7% between 1960 and 2005. The result could be devastating when you couple these historically low levels of domestic savings with the mounting federal debt.

The illusion that the dollar can’t crash because the rest of the world is also borrowing at a rate synchronous with their GDP is a fallacy. Notable doom and gloomer Peter Schiff has been predicting a dollar crash for years, but the possibility is starting to gather mainstream traction. Yale economist Stephen Roach warns, “The era of the US dollar’s exorbitant privilege’ as the world’s primary currency is coming to an end.” He surmises that the lavish living standards most Americans have grown accustomed to have been funded primarily through surplus savings abroad. And as the United States’ current account deficit continues to grow, so does the inflow of foreign currency, exerting further downward pressure on the USD. These events, in concert with a contentious upcoming election and globally publicized racial tensions, leave the world questioning the strength of the dollar.

Stagflation on the Horizon

The recent debt bubble burst, and depth of recession brought on by the coronavirus lockdowns, have all but ended the possibility of a “V” shaped recovery. Contracted and slow future growth prospects, high unemployment numbers, and a probable bout of inflation will likely create a scenario known as stagflation.

Stagflation presents a conundrum for economists; inflation does not naturally occur in an economy with slow growth, so policies intended to lower inflation will usually worsen unemployment. But inflation brought on by government intervention creates a market inefficiency and doesn’t adhere to the principles of economics.

So, during a period of inflation, when traditionally conservative investments like treasuries and U.S. dollars may no longer be safe, what do you do with your money?

Where Does Commercial Real Estate Fit?

No asset class is entirely immune to the impacts of inflation, but investors have often used commercial real estate as a partial hedge. Investment properties typically have leases with yearly rent escalators, and market rents generally move in lockstep with economic growth. Rent growth usually outpaces the inflation index to account for increased demand as real estate markets for specific product types become even more supply-constrained. So, while inflation erodes the dollar's purchasing power, the impact should be counteracted through an increase in real asset value.

Stagflation adds another layer of obscurity to the situation, though. Despite the government’s emphasis on stimulating liquidity, constrained capital markets are experiencing a period of sluggishness resulting from the downturn. Until price discovery occurs, public and private debt sources won’t lend on risky asset types, and the system can’t function correctly. Investors in submarkets more susceptible to a recession may struggle to garner financing through traditional debt sources and will face exposure to prevailing economic conditions. 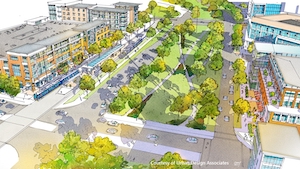 Commercial Underwriting in the Wake of the Virus

A few weeks ago, I wrote about the unique relationship between loan and property values, and the... How To Interview Your Commercial Real Estate Broker

Why you should interview your real estate broker A few weeks ago, I wrote about the most common... 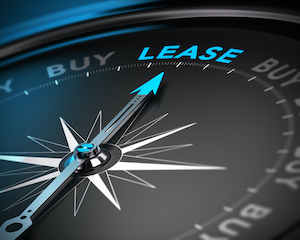 As a business owner, you’re under a constant barrage of capital budgeting decisions. And in a world...