What is Build-to-Rent (BTR)? It May Be the Future of Single-Family Rental (SFR) Investing

Market Conditions Have Set the Stage

Last week I wrote about evolving workplace strategy and its implications on real estate development and investment trends (take a look here for more context). The physical workspace will be less critical to a business's productivity in the future. And employees will use hybrid workweek schedules as an opportunity to escape dense urban areas for more spacious suburban markets.

The result? Secondary and tertiary markets are already seeing a boom in new home builds. Residential development has reached levels nearing that of 2007, just before the Great Recession. And unsurprisingly, homeowner demand far outpaces the increase in supply on the back of historically low interest rates and evolving geographic housing preferences. These macroeconomic shifts have several consequences with significant implications for the marketplace. First, access to cheap money and the increased demand have caused home prices to surge. And increased prices have made homeownership unaffordable to a larger population of the country. Concurrently, single-family landlords are enjoying historically low vacancy rates and rising rents in secondary and tertiary markets.

So, when fewer Americans can afford homes, but more people are fleeing for the suburbs, an opportunity exists from a rental perspective. A unique niche in residential construction, build-to-rent, satisfies this demand. And although it’s not a new concept, the rate at which institutional capital is shoveling money at these projects merits a closer look into the emerging industry.

So, what is build-to-rent, and what makes it a viable investment? Let’s delve into the concept.

Often colloquially described as horizontal apartment communities, build-to-rent neighborhoods are just that, built to subsequently rent the property. Build to rent communities offer more space, similar to that of a traditional single-family home, and can offer the amenities of upscale gated communities or apartments (on-site maintenance, swimming pools, fitness facilities, and professional management).

Build-to-rent is a unique type of real estate transaction and can also be described as the nexus between two investing strategies: the traditional multifamily concept and the single-family rental model. The properties can be bought as one-off investments or as a bulk portfolio and are virtually indistinguishable from an owner-occupied home.

Viability from a Developers Perspective

From a project underwriting perspective, a developer needs to ask themselves several questions:

First, let’s talk about development costs. It's important to understand that all capital budgeting decisions revolve around rental rates for the project to make sense. So, based on the cash flow upside from an investor’s perspective (rental income) and the lifestyle demand from a tenant perspective (amenities, finishes, etc.), a builder needs to reverse engineer a construction price that works from a financial perspective (building costs).

Rental income needs to at a minimum cover debt service plus a 15-20% premium for maintenance and expenses. A property’s mortgage amount is the cumulative cost of all development expenses equally distributed amongst the properties. Transitively, build-to-rent development only makes sense if the rental market supports it.

Financing a build-to-rent project is often more favorable than funding a traditional multifamily venture. Completed units can be leased upon building completion instead of having to wait for the entire project to finish, like with an apartment. This allows developers covered land income through project completion or some exit strategy leeway if demand falls short.

Now, let’s talk about demand and rental rates. I’ve already touched on the fact that as workplace strategy changes, people want more space. A home is no longer a place where people just live – they now work, workout, teach, and attend school there as well. Tenants no longer want to share a stairwell or touch the same elevator buttons as other residents.

Traditional SFR demand drivers haven't changed; they've just accelerated. As lifestyle changes and job growth drive demand for secondary residential markets, rent durability in those markets solidifies. In essence, residential growth is much more dependent on migration patterns and doesn’t necessarily draft of major metro areas like in the past.

Finally, is the question of economies of scale. Tract builders have long been able to reduce marginal costs through the scale of their projects. Instead of one-off speculative investment builds, build-to-rent developers take a page out of the tract builder's playbook. By erecting entire communities, builders can spread fixed costs across the whole of the project.

Viability from an Investors Perspective

Traditionally, smaller investors have had a hard time competing with institutional dollars for new home builds. Build-to-rent began in response to megalandlords seeking alternative growth streams with minimal competition. But as the build to rent model has garnered more attention, boutique developers’ entrance into the arena have made the asset class more accessible to smaller investors.

Last year, nearly 50,000 single-family homes were built with the express plan to rent. That represents the largest number of new rental homes brought to market in over 40 years. It’s a niche that both residential and multifamily investors can no longer ignore. 10 Tips for Buying Commercial Real Estate as a Small Business

This is my second article of a 3-part series primarily intended for small businesses and operating... 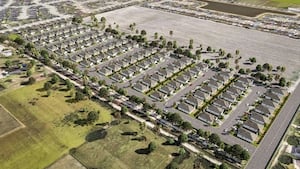 How to Invest in Build-to-rent (BTR) Real Estate

Build-to-rent developments have taken the real estate investment world by storm over the last...